The team discuss an 80-year-old woman’s trip to the UK in her Toyota Conquest. Don’t smoke and drive! They also recap F1 and give tips to ensure you get the most for your used car when you try to sell it.

Want to lose weight while you drive?

Did you miss the AutoTrader Team on AutoCentral talking about the FitCar, a calorie-burning fitness concept?

The FitCar PPV, brainchild of Saudi-based inventor, Nasser Al Shawaf, who, together with Dutch engineering partner, BPO, is the world’s first calorie-burning car.

The FitCar PPV ‘prototype #2’ is based on a standard Audi A4 Avant 2.0L petrol TFSI auto, with the throttle replaced by a bicycle pedal mechanism and mated to a flywheel, which generates and electronic pulse to engage the accelerator.  The car is powered as normal, delivering manufacturer specification performance and economy, governed by an active pedalling motion instead of the conventional depressing of the accelerator.

To make space for the bicycle and flywheel mechanism, the brake-pedal has been replaced with a simple off-the-shelf ‘push hand control’ conversion as used in motability vehicles.

Commenting on the project, Al Shawaf said: “I work in many cities around the world where a 60-minute-plus car commute, each-way, each day is not uncommon. This is an unhealthy way to waste more than two hours every day. So, I came up with the idea of the FitCar – which does exactly the same as any conventional car – getting us safely and comfortably from A to B, however in the FitCar you can exercise while you drive.

“Our studies suggest a calorie burn-rate of more than 300 per 30 minutes. We are increasingly time-poor, and unfit, the FitCar PPV provides at least part of the solution to these two problems for those of us wishing to exercise more but without the time to do it. I’m really proud of the results.” 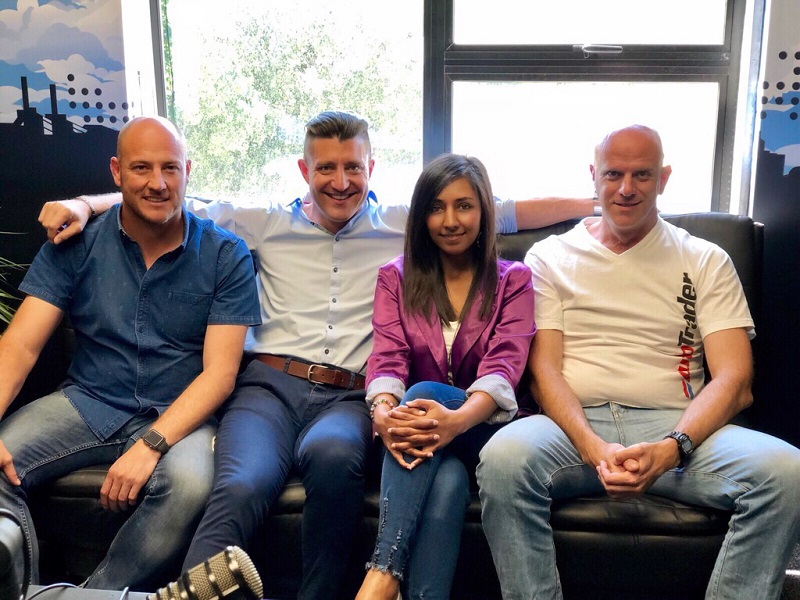 #AutoCentral Power Pod: Driving after smoking weed & are SUVs getting too big for our garages?