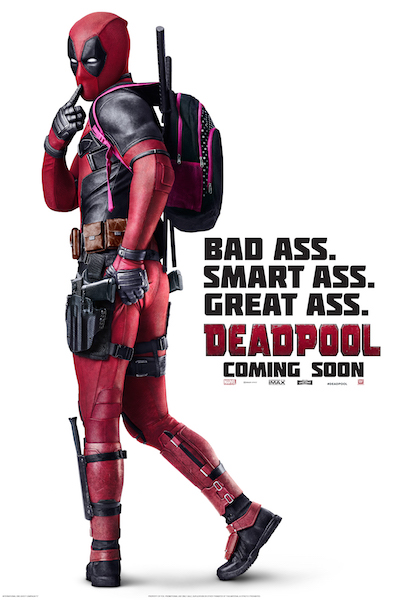 There are superheroes, and then there’s Deadpool. The latest super-powered star from 20th Century Fox’s stable of Marvel adaptations is like nothing that has come before; you’ll want to be prepared!

Based upon Marvel Comics’ most unconventional anti-hero, DEADPOOL tells the origin story of former Special Forces operative turned mercenary Wade Wilson, who after being subjected to a rogue experiment that leaves him with accelerated healing powers, adopts the alter ego Deadpool. Armed with his new abilities and a dark, twisted sense of humor, Deadpool hunts down the man who nearly destroyed his life.

From director Tim Miller this is the perfect movie to watch whether you’re into Marvel classics or simply need the perfect pre-Valentine’s night out.

The CliffCentral Crew held an exclusive preview of DEADPOOL on Thursday 11th February at 8PM at Movies@ Montecasino.

Here’s a sneak peek of what went down: