Nobody knows the world of cars quite like AutoTrader SA’s CEO George Mienie. Just returned from a conference in Dubai, George brings you the latest news from the automotive world – which includes stories about car vending machines and an Aston Martin with a paint job worth more than the car itself. Powered by AutoTrader.

AutoTrader CEO George Mienie, host of the #AutoCentral show on CliffCentral, was interviewed by Gareth Cliff and spoke about the multi-millionaire who plans to paint his car in moon dust. Here’s the story if you missed it.

Kris Singh – owner of the only Koenigsegg Agera XS and who once bought a Lamborghini Veneno for $4 million without ever seeing one – plans to paint his Aston Martin Valkyrie in moon dust. 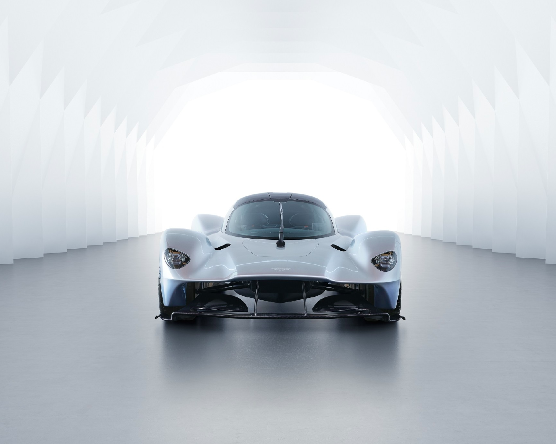 “My visit to Aston Martin was very inspiring” writes Singh on his Instagram post. “A few weeks ago @milesnurnberger had commented to me that a spec we were discussing reminded him of a Space Ship. I immediately responded, ‘The Valkyrie makes a Space Ship look like a car!’ That got me thinking…How do I raise the bar of my spec to be worthy of Valkyrie level?” he mused.

Dispondent that “science won’t allow [me] to be the first person to drive on the Moon (gravity is still an issue, they say)”, Singh decided “but nothing is stopping me from bringing the Moon to my Valkyrie!”.

Singh goes on to assure readers that the rock he’s sourced is verified, and that it will be crushed to create dust that will be used as a key ingredient in Karosserie Lunar Red paint.

Singh goes on to boast that “This will be the first car ever to feature a paint formula that includes actual ingredients from #SPACE!”

How and where he has sourced the rock from, or the cost Singh paid for the verified moon rock is being debated. Jason Torchinsky advises: “With all this in mind, my best guess is that the “moon rock” is a lunar meteorite, and likely cost somewhere between $75,000 to $100,000 for the materials, not counting the cost of analysis and verification, or the cost of the luxurious velveteen pouch the moon chunks came in”.

What the finished paint product will look like, is too being debated.

“What’s worth noting now is that, according to Washington University’s Department of Earth and Planetary Sciences, a weathered lunar meteorite would look remarkably unremarkable” continues Torchinsky.

“To put it simply, moon rocks look like… rocks. Regular, grayish, dull rocks. So, while the concept of mixing lunar material into paint is certainly compelling, the end result isn’t going to be some metal-flake festival of color and light; it’s going to be paint with gray dust mixed in.”