This week the team reports back on the #AutoCircus event that featured Gymkhana GRiD. The in-studio guest, Devon le Roux, sheds understanding and insights into the world of vehicle auctions. Plus they chat about the launch of Tesla’s latest product innovation – the electric truck. Powered by AutoTrader. 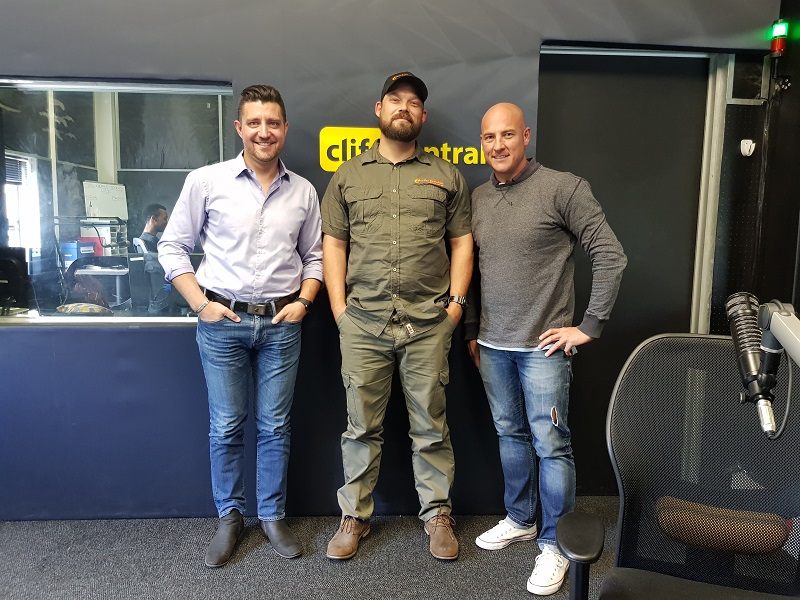 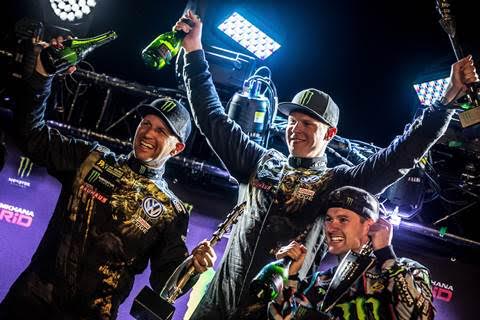 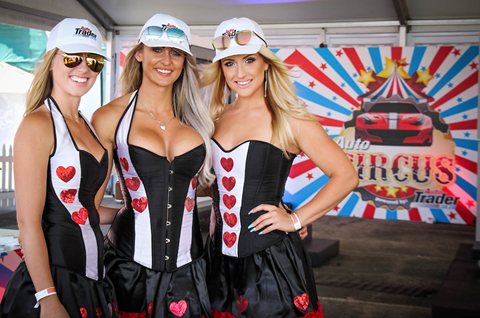 Local RWD drivers who were expected to finish well were Jason Webb, Otto Graven and Paolo Gouveia, while the South African hopes in the AWD category involve Wayne Hay, Carl van As and Rob Inglis.

Otto Graven triumphed in the RWD category making it in to the semi finals before he sadly faced engine problems, and had to forfeit his place. 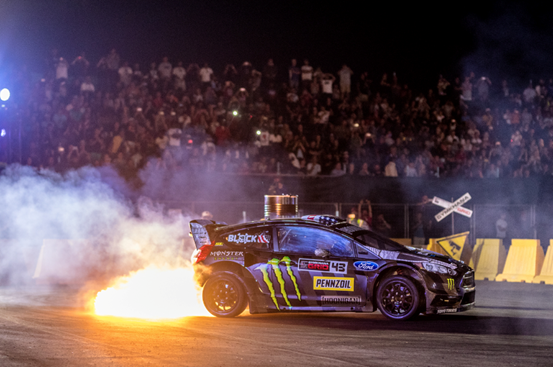 Three million viewers globally locked in to the livestream to witness racing, tyre-smoke, flames and precision driving on an unprecedented scale. The smoking rubber on the blacktop of the #AutoCIRCUS festival powered by AutoTrader are now the lasting reminders of what went down over an intense three days of horsepower filled mayhem.

This is what the winners had to say: 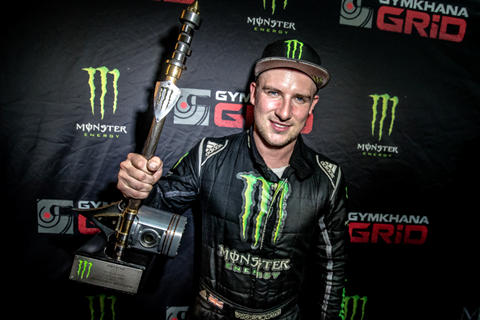 “This weekend has been the toughest Gymkhana GRiD to date. It’s been a real team effort to get this one – everyone has worked so hard and I’m really grateful. If you had said to me yesterday that I was going to be on the podium, then I wouldn’t have believed you. I had nothing left after a long day of qualifying. I’ve always been one to quite enjoy mind games with the other drivers, but this time I was just pushing and going absolutely flat out. I don’t know where the speed came from to be honest – I just dug deep. We had car trouble before the final, where the alternator packed up. The car was misfiring. After the earlier runs we had to switch out batteries and charge them between runs. Thank you to Baggsy and Terry Grant for their help – because I was really panicking! I just knew I had to go flat out. Props to Adam he’s been unbelievable all weekend and a great competitor. I never thought I’d be able to do this four times in a row.” 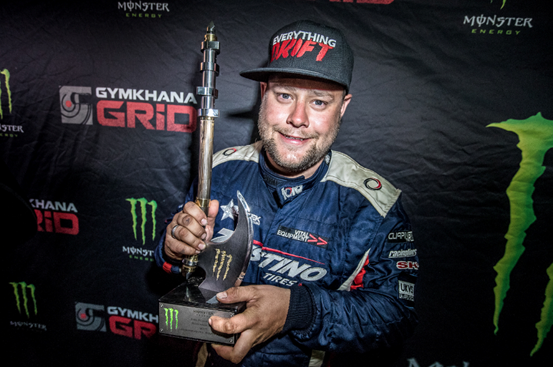 “I’ve just got to say thank you to my family and the crowds – everyone has supported me so much this weekend. It’s been a real emotional ride and I think I’m just exhausted now to be honest. I DNF’ed in the semi final, but Danny’s car broke so that put me through, so I think luck was on my side there. Overall, the coverage, the racing everything has just been incredible. Second place is fantastic, especially to do it for a second time in a row after last year in Greece. Of course I wanted to win it, but I’m still really pleased to get a result again. To be fair sitting on the second spot at an event like this isn’t a bad place to be! The temperatures have been so high over all of the weekend, so it has been very tough. Congratulations to Luke – I’m going to get him next year, I’ll keep coming back, faster and stronger that’s for sure! It’s been a long day.” 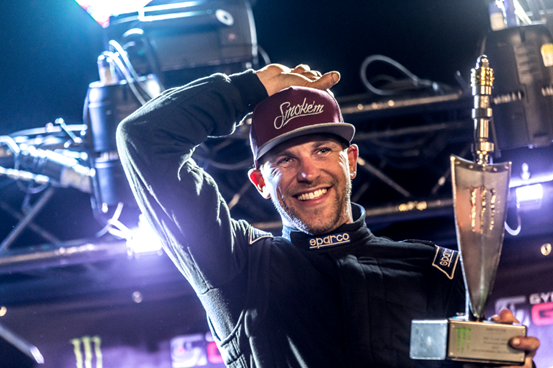 “The pressure all weekend has been unreal. When I got through to the top eight, and then found out I was racing against Adam, I thought it might have been all over. I switched over to Zestino tyres for the final battles and the grip levels were so much higher than what I had been using before. The extra grip and load on my car actually broke a halfshaft. I had to push the car off track and then up to the pits, but everyone really gathered around to keep me going. Literally I had three sets of mechanics offering to help – from Marko Palijan, James Stephen, and Izak Van Zyl. We got the car fixed 30 seconds before I had to be back on the start line for the next race. Being here in South Africa is amazing, and the effort to get here has been completely worthwhile. To get that third spot and be on the podium means everything to me. It’s hard for me to put into words, but to come to the world series in Gymkhana and be on the podium means everything to me. I don’t know what else to say; other than I’m definitely coming back with a faster car next year!” 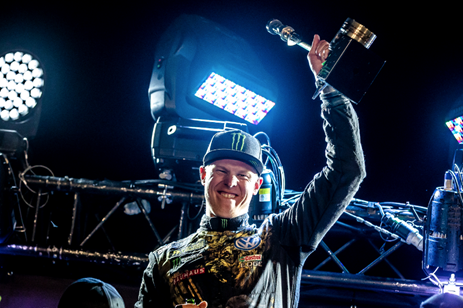 “I really don’t know what to say, I’m a little bit surprised that I was able to win to be honest! I knew our car was quick obviously, but Petter, Andreas and Ken are all fantastic drivers – and I honestly didn’t believe I would be able to beat them. There is just something inside my mind when I get into the finals of a race. I just really love it when the pressure is on and it’s all or nothing! I think Petter made a little bit of a different tyre choice at the end of the weekend, so maybe I just edged ahead there too. Overall I’m just so happy – thank you so much to Monster Energy and Gymkhana GRiD for having me here in South Africa it has been a fantastic experience. I’m grateful for every opportunity I get to race. I prepared as well as I could. Petter won the first time he came to GRiD, and now I’ve done the same it feels really good.” 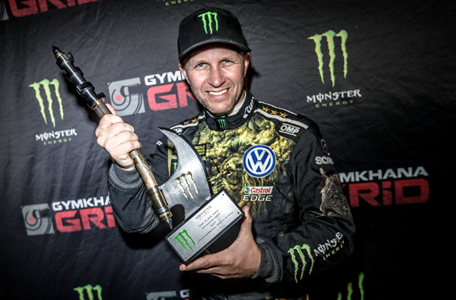 “First of all I have to say to be a part of this event and see all of the local South African drivers that have made the effort to come here and compete is fantastic. We have a lot of support from everybody and it’s been really good fun. I walked around in the service park in between my races to look at all the cars that people have built and see the effort that people are putting in just to race. And that’s why I think Gymkhana is one of the best motorsport events in the world that lets people compete. Congratulations to Johan, he had a fantastic race – and it was well deserved. As I said before Johan is such a quick learner and whether that is good or bad for me I’m not sure yet. I think for next year we need to come up with a different plan; maybe we don’t invite him!? I’m very happy to get both Polos in the final again – congratulations to everyone and I’m just really happy to be a part of it all again!” 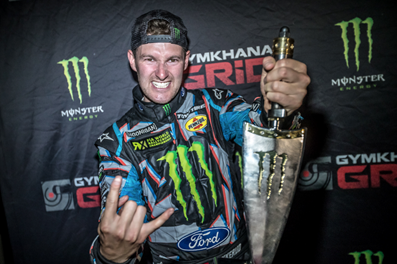 “Coming here to Gymkhana GRiD in South Africa has really been a blast. To go out onto the course and just have fun with the Ford Focus RSRX is awesome. It was a swan song for the car in a way and a little bit emotional. I’ve been smiling every day and all weekend though. On the press day to give the media rides was super fun, and yesterday during the smoke show demos I even had my mom in the car as a passenger. I’m just really happy that I was able to get a good result – I was worried a little bit before the weekend that we wouldn’t be able to compete so well in the Focus because of its size, but we got there in the end! This is our fifth podium of the year including the ones from World RX, so it’s a great way to finish the season. In my final race I actually beat Johan, but just touched a cone so got a two second penalty. I gave it everything I had like I always do, and it’s awesome to get the podium.” 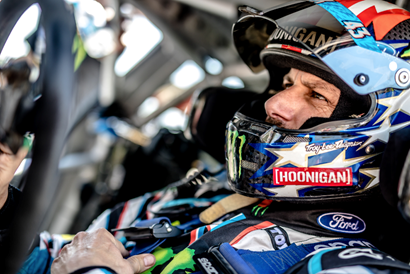 “The whole event here in Johannesburg, South Africa was amazing – Monster Energy and the organisers have done an incredible job. We’ve been very quick all weekend, and by the end my time compared to the Volkswagen’s [Petter and Johan] were pretty close – it was only in the final stages that they edged us out. Then it came down to a battle between me and Andreas. I beat him on the first round and then we made a small change to the engine map on my car, which meant he just had the edge on track. It’s been tons of fun to drive, and even just to watch has been so much fun. I’m just stoked to continue Gymkhana GRiD and hope it gets bigger and better in the future! Thank you to all the fans that have come out to watch us race; it’s been an absolute blast!”

#AutoCentral – Would you Pump your own Petrol & Rent your Car out?