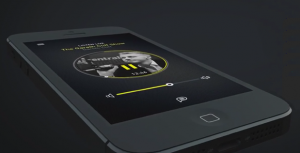 The social media world is fast, complex and unforgiving. Many brands find themselves targeted, maligned and sometimes unwittingly embroiled in controversies which seem, at the time, damaging and unfair – and which can have dire consequences.

Every time you refresh your feed, someone somewhere is outraged or offended by something someone else has said or done. It’s so banal and boring now that we should know to ignore it, but for “brand and reputation managers” it has become their full-time job to try to spin the narrative to their advantage. In the heat of an online controversy, few have. The only really effective strategy is to completely ignore the noise and mitigate the fallout where possible – but mostly you just have to wait it out. Like any mob, the social media mob eventually gets bored and moves on. Engaging with a mob is the same as encouraging it. A few nobodies, high on the attention they get for stoking an outrage fire, need to have that fire fuelled by even more attention. If you don’t give it to them, the fire goes out.

One way you can mitigate the damage and take the conversation in a positive direction is by digging deeper and explaining, debating and exploring any such controversy in a podcast – but you have to do it with thinking, reasonable people. For a brand, this offers an immediate way to separate those who are actually interested in a conversation from those looking for attention. In a podcast, there’s room for tone, deliberation, nuance and subtlety – things that social media just can’t offer. It’s no surprise that people like Roseanne Barr (in her latest lunatic outbursts on Twitter) decided to take her side of the story to the Joe Rogan Experience (one of the world’s biggest podcasts, with a global audience of over 16-million downloads a month), rather than Fox, CNN or MSNBC. As it happened, Roseanne didn’t end up talking to anybody, but the fact remains – podcasts are the best place to have a civil conversation – about anything.

Since we humans are predisposed to storytelling above all forms of communication (see articles https://cliffcentral.com/gc-blog/where-good-ideas/ and https://cliffcentral.com/gc-blog/defence-sound/ for an explanation), a podcast is best place to tell your story, whether you’re the perceived aggrieved or the aggressor in any story. There are no time limits, no sound-bites and no editorial spins available to the slippery people who make a living lying to the gullible media. Increasingly, a podcast is one of the few places that fall outside the spin-zone.

In short, podcasting is the antidote to social madness, and should be a strategic imperative for everyone with a reputation worth protecting.