Podcasting is flourishing, not just globally, but in South Africa. There is no other audio medium that can reach an audience as highly engaged as podcast listeners.

Loyalty and influence come with a highly engaged podcast audience and as a result, the people who make up this audience are an attractive target for brands.

In CliffCentral’s six-year pioneering journey, these are just three of the lessons we have learned.

1. The power of content: It’s about brands that produce content which add value for the audience, rather than shouting your company’s name or obsessing about banner clicks or impressions. It’s about engaging each one of those listeners to care about your brand. That’s what will bring the results.

2. The power of the virtual auditorium: Podcasts work via computers or mobile phones. There’s no transport to a venue and there’s no need to feed an audience! Imagine filling an auditorium week after week? When the listener completes a typical podcast series (let’s say 10 episodes, at an average of 30 minutes each) he or she has spent a very long time (300 minutes) in a receptive mindset, without skipping between stations when the ads come on.

A listener’s indirect exposure to the brand that produces the content (and possibly the direct exposure to their product) cannot be measured in the same way as measuring the number of reluctant listeners to a 30-second radio ad. According to Spotify (May 2019), 81% of people who hear an advertising message in a podcast take action by either searching for the product online, connecting on social media or telling their friends about it.

3. The power of the tribe building itself: People are over in-your-face advertising and fake testimonials, of the kind so often seen on TV. They WhatsApp each other for recommendations…or ask their Facebook friends. Businesses that spark those kinds of conversations will win.

Monetisation comes in many forms and ultimately, the role of branded messaging in a podcast is to: 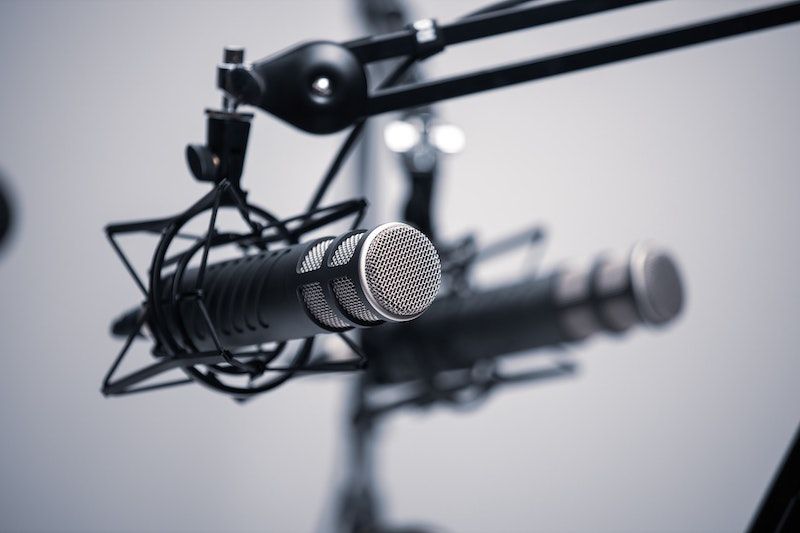 A brand that can recognise a synergy in their ‘ideal’ customer and the content of the podcast, can put themselves front and centre to those listeners and elevate the brand – not just from a thought leadership point of view, but also to increase sales leads.

This has proven to be true for many of the branded content podcasts that have been produced by CliffCentral.

Blind History – which is produced in conjunction with Taylor Blinds & Shutters – has won Gold in the NxtGen Awards and was a finalist in the New York Festivals Award, and the series has increased both brand awareness and sales for Taylor Blinds.

They spent double on a traditional radio campaign than they did for their Blind History podcast series on CliffCentral – their radio campaign gave them a total of nine minutes of air time over 12 weeks, and once the campaign was done, the audio was obviously no longer on air.

By comparison, 13 weekly episodes of Blind History provided a total of over four hours of airtime – and all the audio, and its associated brand value, will be available for access in perpetuity.

Troy Gold (a fintech startup that allows users to buy and sell fractional gold) had a near ten-fold increase in user sign-ups after their six-episode podcast series on CliffCentral. These are just two examples.

The Interactive Advertising Bureau projects podcast advertising to reach $659 million in 2020 worldwide, which gives podcast creators and distributors the potential to get a slice of that growing pie.

Brands working in podcasting don’t focus on making a hard sales pitch, but offer creative, interesting and fun content with a high emotional value to their audience. This, in turn, allows brands to create connections with their customers. CliffCentral.com’s offering is inclusive of both productions and distribution to a valuable podcast audience, as well as integrating brand podcasts into all the available podcast platforms, including Apple Podcasts, Google Podcasts and Spotify.

Podcasting is the most modern form of the ancient form of story telling. It can help create a whole broadcasting hub in a neighbourhood, and let that neighbourhood generate its own colourful content, pioneering the prototype for a new way of connecting.

This story was first published in The Media magazine, June 2020 edition.