Getting To Know: Alessandro Barbosa

With the start of a whole new year, we’ve decided to help you get to know some of our regular contributors that you may hear frequently on unradio. To kick this feature off, we sat down with Kellman On CliffCentral gaming guru, Alessandro Barbosa, to find out more about him. 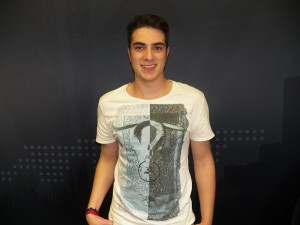 This charismatic 22-year-old has always been passionate about gaming. He notes waiting at PlayStation displays in malls as a teenager while his parents had to do their shopping as the sole reason he’s fallen in love with all aspects of computer-based simulated environments. Mainstream games soon became his main obsession and spread among his friends too as they used to regularly host all-nighters as they battled each other. The Bachelor of Engineering Sciences in Digital Art student has sacrificed many weekends to being in front of the screen even though, he adds, “you’d be broken for the rest of the week” after a gaming marathon.

Alessandro’s passion doesn’t just lie with pushing buttons but within the gaming industry as a whole. Looking towards the future, he plans on being involved inside gaming in a greater capacity. He wants to continue writing for Africa’s biggest gaming and tech blog, lazygamer.net and go into making games on a local and international level.

With some of his highlights including travelling to London to try out the new Call Of Duty and getting to meet the formidable designer Glen Schofield, we have no doubt that Alessandro still has many great achievements up his sleeve.

Keep up with Alessandro and all that is hot and new in the world of gaming every Friday at 3:30PM only on Kellman on CliffCentral.

Get some of Alessandro’s previous podcasts here.

Getting To Know: Alessandro Barbosa

Getting To Know |
Next

Getting To Know: Understanding Youth