Getting To Know: The Gentlemen

When you think Gentleman, what is the first thing that comes to mind? Class.

That is what epitomises this dynamic trio that first caught our eye during the audition process when CliffCentral.com launched. Fast forward a few months and we’re continued to be impressed with the Gentlemen By Choice. Made up of Lesego Maphanga, Simphiwe Petros and Weza Matomane, these three Engineering students and coming leaders are the next of our contributors profiled in our ‘Getting To Know’ series. 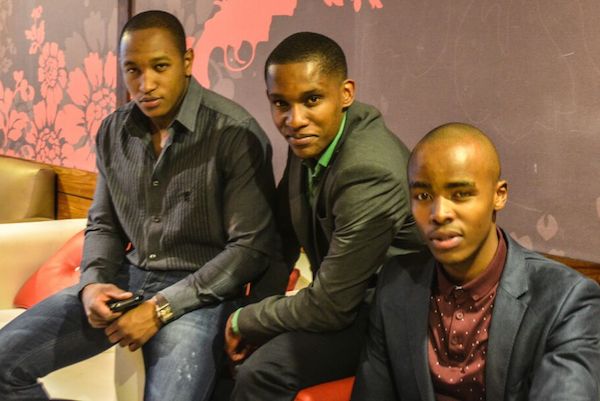 Benoni-native Lesego Maphanga grew up as a sporting enthusiast and found that he was drawn to forming friendships from an early age. He looks back at the laughs he shared with teammates as some of his most memorable times in high school. The supportive people he grew up with in his community are exactly what inspired his passion for uplifting our country as a whole. He told us, “As people we have come a long way, we challenged the norms and created history. We are an example to the world that reconciliation and acceptance trumps chaos and hate when good people do good work.” Lesego then moved onto studying at the University of Pretoria showing that he possesses both beauty and brains as a Mr South Africa finalist while making great strides as an Industrial Engineer student. This 24-year-old now juggles the corporate world in-between his modelling and keynote speaking engagements.

24-year-old Simphiwe Petros, on the other hand, was born in Port Elizabeth yet spent most of his childhood in Pretoria. After being an avid sportsman during his schooling years, he admits his excitement now currently lies more in leadership. Simpihiwe says, “For me leadership means serving. It is definitely something that is selfless. It’s all about inspiring those that follow you to realise the best version of themselves. A true leader moulds his followers into becoming great leaders.” The future is exciting for this young leader because amongst other great hopes, he has his sights set on growing their show, Gentlemen By Choice, into the most innovative and entertaining show in South Africa.

Weza Matomane, at 22 is the youngest of the trio. Weza has always been spurred on by challenging himself to achieve things others would deem “impossible” – he’s a popular voice-over artist, musician, motivational speaker and ambassador. He attributes his Vanderbijlpark upbringing for teaching him pivotal life lessons, including a conduct which he holds close to his heart: chivalry. On that he says, “Honestly you still find gentlemen in this fast moving universe we live in. At times the independence of women and their DIY mentality could be the cause of the depreciation of gentlemen-like behaviour, maybe because there are less pat-on-the-backs of men who demonstrate gentlemen-like behaviour. The general mentality is rather to get ahead or be slowed down while the ladies get ahead.” This budding entrepreneur also aims to expand the minds of people and break down stereotypes in a variety of ways including using his platform on CliffCentral.com to do so. In his own words he believes “CliffCentral.com is a platform for hope to shine into lives of dreamers, hard workers and even those who have simply not learnt how to win yet.”

These three young men are definitely ones to watch which make us even prouder to have them contribute to our schedule.

Keep your eyes on our Twitter and Facebook pages to get information on their next show or listen to their show below:

Getting To Know: The Gentlemen