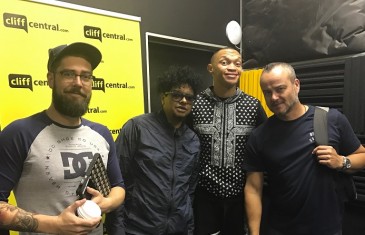 We've been trying to get Joey Rasdien on the podcast for some time. And it proves worth the wait. Besides being a very funny comic, he's also a deep thinking man. His theories and life advice are enlightening. We also took BBC out into the world! Subscribe today and please like our Facebook page to win tickets to comedy shows. 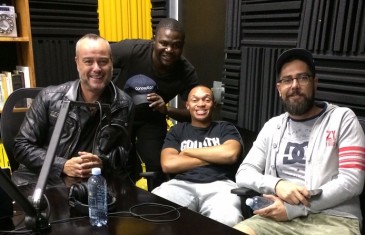 We've all been scammed at some point, so hopefully our panel of comics can advise you on how to know when you're being scammed. Comedian Nkosinathi Maki has recently relocated to Jozi from Cape Town, so we ask him how things are going. He lives in his Polo Vivo. Also please get well soon Mel Miller! 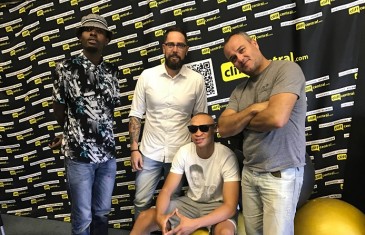 The Gas Comedy Podcast – How Many Times Can We Say Cock Ring?

George Kuda once asked if he could come onto the podcast, so we made his dream come true today, as part of our Comedian Outreach Programme. We also woke Marc Lottering up and spoke about tight denim shorts and the future awards he's going to collect. BBC was put on hold. And the WhatsApp line was ALIVE with messages. 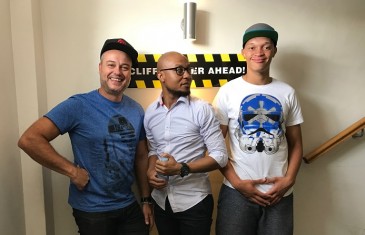 After a stellar interview with Gareth Cliff, the rest of the show went downhill quickly. Thank goodness for people like Alfred Adriaan who brought a whole new dimension to the podcast, with Business Advice. Did you know there's a comedy blog called NoJokesComedy? Founder and editor Rethabile Mohlala pops in to let the team know about things like 'Sneaker of the Week'. BBC was a mess because the guys are not allowed to drink in the studio anymore! 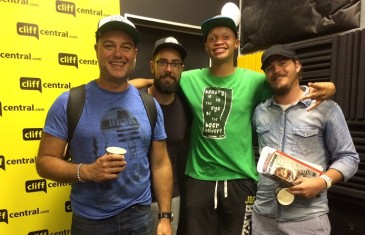 The Gas Comedy Podcast – Rolling in the Cash in 2016

The team decides to be more organised and almost get it right. They celebrate their first Whats App message, even though it points out their lack of organisational skills - which is exactly why they have Lloyd Niemandt in to see what he can do for them, because he runs a recording studio! BBC was the most structured it's ever been, and boring, so they're never doing it again. They also try to compile a Forbes Money list of SA Comics. 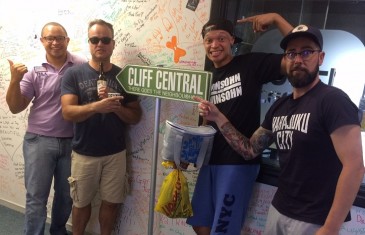 The guys try to get the WhatsApp text number out again, but Eric talks too fast. And he surprised everyone by bringing his Pilot brother onto the podcast. Brandon wants to be boring and watch football on NYE, and Dave thinks they woke Jason Goliath up to chat about NYE comedy gigs. So for the people who know what it's like to come into work the day before New Years' Eve... this one's for you! 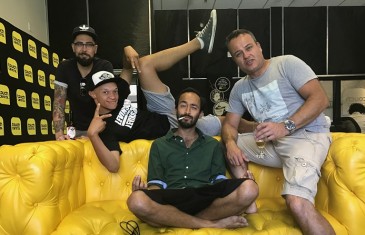 When a German Pakistani Muslim comedian walks into a podcast... we have a Christmas beer tasting obviously! We review the Durban Comedy Festival with Robby Collins with added 'beef', and intro people to the world of Alyn Adams, who uses big words to describe how to survive the January 'credit crunch' - which is not an exercise. 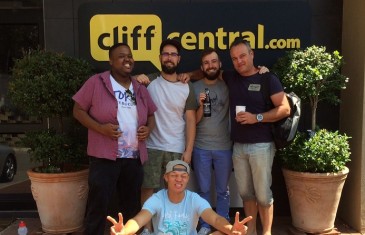 What type of idiots would come and record a podcast on a public holiday? The Gas Comedy team. Today a bonus Martin Evans Surprise Interview (we think he was still busy when we called). And new fresh tasty comedian Vuyisa Qabaka pops in. Then Brandon and Martin - our 2 podcast fans - join us and we play some pre-Christmas choonz. 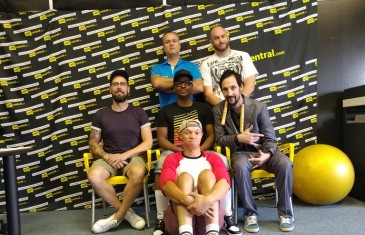 The Gas Comedy Podcast – Why Do We Do This?

This week the guys aim for a structured show as the comedians were briefed to come up with a Christmas story and keep an ear out for Ndumiso Lindi's Madiba revival... but an entire cricket team arrived instead. They chat to Couch Ninja about assault with 'NunChuks' and a fan arrives to give the show perspective. But there was none. Even Paul Cowen got his BBC fix! After the show Couch Ninja just disappeared! 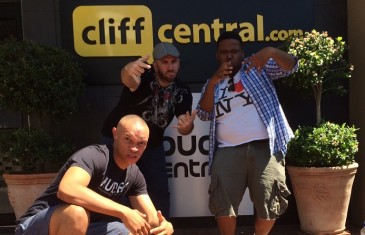 Paul Cowan and Vuyisa Xaba are in studio today with Eric because Dave still doesn't know where Rivonia is, 2 weeks in a row. They talk about how crazy the year 2016 has been and how it needs a hard reboot before 2017. The team makes the jokes as internationally-friendly for audiences in South Africa, and also to accommodate our many tourists. Some profound life lessons are learnt.