Find out where the money’s going, who’s got the money, how you can make more of the money and who’s making decisions about the money.

We catch up with Charles Pettit, CEO of Stellar Capital, to hear what plans he has for the listed investment holding company. Gareth and Anthea want to know if they should still be holding onto their SCP shares, and which part of the business he would like to see the growth come from.

Another big day on the market on Friday - $2.3bn traded, but markets consolidated and the All Share gave back half a percent. Remgro reported a disappointing set of interim results. We also speak about US Activist shareholder, Bill Ackman, who crystallised a $2.8bn loss on the sale of Valeant.

The markets bounced on Friday despite the stronger Rand. Anthea takes an in-depth look at Aspen Pharma and gives us a view on the Tongaat trading update. US non-farm payrolls came in at 235k vs market expectations of 200k - and Trump has taken credit even though during his campaign he called the jobs report fake, and said the unemployment rate was a hoax.

Have you heard of Animal Spirits? US markets continue higher while our market takes a breather. We speculate on the outcome of the China Political Consultative Conference. What the Rand is so strong despite a muted SA PMI number; and we take a look at results from Choppies, Growthpoint, Brimstone and Pinnacle.

The markets are under pressure as the All Share index fell 1.2% on Friday, with resources being the biggest detractor - while Bidcorp continued to rally (+4.4%). Lots of companies reporting and we identify retailers and insurers moving into Africa. We talk #Retire and the tax benefits of being invested in a Retirement Annuity.

The markets were under pressure last week as the Trump trade dissipates. We find out that French government bonds are called OATs (Obligations Assimilables du Tresor). Kraft Heinz withdraws their bid for Unilever, which was up 13% on Friday... and Tempur Sealy implements a "poison pill".

The markets are generally bouyant after the release of decent global economic data and Trump promising cuts in corporate tax rates. Dis-chem, Arcelor Mittal and Italtile put out data last week with mixed reactions. We explain the difference between three investment styles.

The global market was higher on Friday, but SA closed lower - dragged lower by resource shares. Gordon Stuart calls in to give us a heads up on the Budget Speech and tax expectations. Deon Viljoen is leaving Alexander Forbes for Discovery. Watch out for comments coming from the Mining Indaba, which starts today.

The market was down ¾ of a percent (but at least it was still higher for the week by 80bps). The biggest story of the day was the Rand which completely buckled after a story came out that two senior NEC members have spoken to Bloomberg anonymously saying that President Jacob Zuma will fire ministers that opposed him in 2016 - weak Rand = higher inflation, credit ratings downgrade and subsequent higher cost of borrowing money (and maybe even default on debt and recession). Liberty Holdings put out a trading update saying that earnings per share would be between 40-60% lower, the share fell over 10%. Comair, which is partly owned by Bidvest, released a voluntary statement saying that the increase in earnings per share was mainly due to the stronger Rand. The US GDP was weaker than expected at 1.9% (exp 2.2%), although they’ve had a fairly good earnings season.

Last week the JSE lost 0.6%, but at least we're still 3.8% higher since the beginning of the year. Anthea tells us that Graff diamond jewellers made Euro580m in sales, of which 40% was to 20 individuals. Chinese economic growth came in at 6.8% year on year for Q4, with services now contributing 52%. 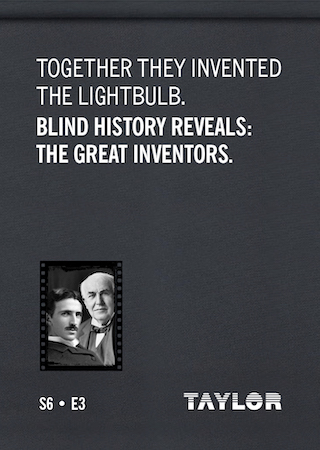