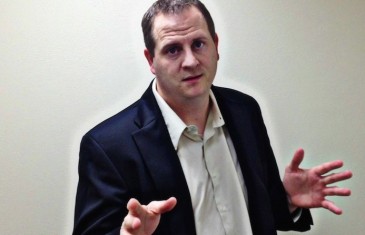 It's a tale of two Jasons on this episode of The Q. First up Jason Kull jumps back in, and Jason Patton returns to discuss the 2019 Government Shutdown that is continuing from last year.

Comedian Brian McDowell comes on The Q to discuss a "verbal tussle" him and host Mark Bland had regarding the position of success and how it should be viewed from his point of view. Brian disagrees with Mark, so Mark invited him on to discuss which comics are truly famous and which ones are D and C list celebs at best.

On this show, Producer Bobby returns and with him he brings a cavalcade of guests to the table. First up is his co-host Jared, for a new sports show he is promoting called Sports Central! The two stop in to discuss some sports and chime in on news of the day. But today's show is brimming with talent because Ali Jones of the St. Lunatics, legendary hip hop group, joins for a second week in a row to discuss the news of the day.

Mark Bland and Gary Weed return with a hot episode of The Q, cooked up just the way you like it. This week's episode welcomes friend of the show Ali Jones of the legendary hip hop group the St. Lunatics. Ali has been to the top of the music business with is crew since 1999. Winning multiple Grammy Awards and music awards for their contributions, Ali along with his childhood friends have racked up quite the reputation. Whether it's Country Grammar, Free City, Heavy Starch or the multitude of other albums and features, Ali has set himself along with Nelly, Murphy Lee, Kyjuan, City Spud and Slo Down as the dominate midwest hip hop group of the early 2000s through today.

Midterms are over. So where do Mark Bland, Jason Kull and Gary Weed sit on the important races and changes happening? First up, did the BLUE WAVE happen the way it was touted? Not quite. Mark and the guys break down the important races and where the USA goes from here. This leads to a unique convo about the next election in 2020. Who will be the front runners on both sides of the business walking into that election? Hear who the team thinks will make the cut and decide if you agree.

Donald Trump went on a Houston stage at a rally and decided to let the world know that "I'm a Nationalist". Unfortunately for Trump, he meant to say "I'm a Patriot". Now a bunch of supporters are going around trying to make it okay to be white and call yourself a nationalist. Being a white-skinned nationalist is not a good thing. The Nationalism movement is ripe with men and women who are heavily prejudiced and antagonistic in their handling of day to day decisions.

Donald Trump decided to do an interview with 60 minutes and Leslie Stahl. During said interview, Trump explained that it didn't matter if Christine Ford was telling the truth or not, because they got their man in regardless. So he could be a sexual predator on the Supreme Court but he doesn't care if he is. The important thing is that they got it done by ANY MEANS NECESSARY.

Evidently it's ‘Story Time’ in the world of The Q. And let's be honest... October is the perfect time to tell spooky stories about people you need to be scared of. But what if they aren't scary at all. What if the people you are discussing are not the monsters that people make them out to be? Well there are two sides to every story and Jonathan May and Gary Weed join to discuss.

Ahhh October. That Fall air is in and temps start to drop. But this year it's even better because we have SCOTUS hearings and Presidential Alerts and all kinds of fun. So Producer Bobby and Gary Weed join for this episode of The Q to discuss all of it.