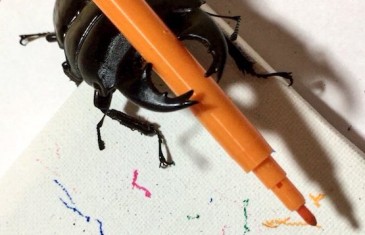 Move over Jackson Pollock, Spike the stag beetle is here... and his art is taking over the internet! While many people might dismiss his work as merely a bunch of random squiggles, the pieces are even available for sale on eBay... 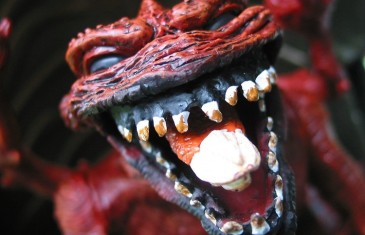 Paying For Your Sins: Even Satan isn’t Immune

Does Satan face a day of reckoning? Well Pastor Paseka Motsoeneng believes he has taken down the dark lord himself. Pastor Mboro went to Facebook to detail his ‘encounter’ with the Devil, claiming to have slain him and his ‘army’. These are not the first other-worldly claims the Pastor has made, as he has previously put pictures that he apparently took in heaven on sale for R5,000 each. This connection is also claimed to guarantee places in heaven, for the price of R10,000 it must be said. Even the origins of his BMW i8 are apparently divine. 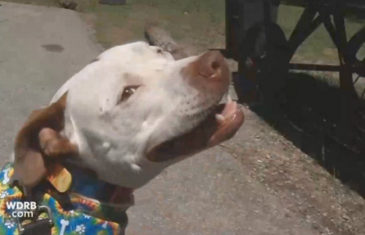 Politics… it’s for the Dogs!

Most towns elect a human to be their mayor... but that's not the case in Kentucky. This small town, not once or twice but four times, has elected a dog to be its mayor. The owner of the 3 year old pitbull, Jordie Bamforth, says that it beat out a cat, a chicken and a donkey among others. These elections first started in the late 1990s according to Bobbie Kayser, who works with the town's Historical Society. 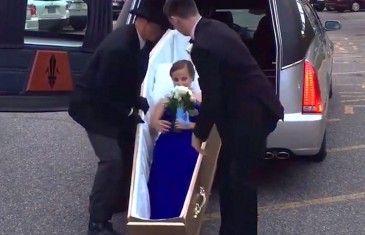 Making a grand entrance is every girl's dream... And Megan Flaherty from New Jersey did just that for her junior prom by arriving in a hearse. Yes, you read right. A HEARSE! All because she wants to become a funeral director after college. 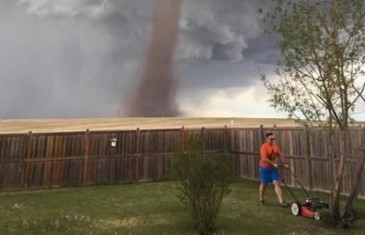 What do you do when a tornado is approaching? Run? Hide? Or mow the lawn? Well, Theunis (an ex-pat living in Alberta, Canada) refused his daughter's request to come inside the house because he had his to-do list, and a tornado wasn't going to stop him... 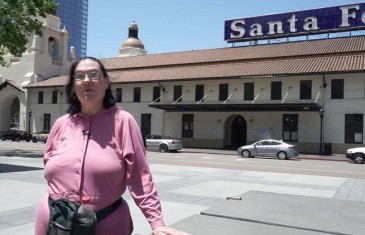 What's that famous saying... there's someone for everyone? But what if your life partner is a train station? Believe it or not Carol Santa Fe married the Santa Fe train station. Oh yes, she did! She calls the train station Daidra and says she has been in love with it since she was 9 years old. This 45-year-old woman says that her and the train station have sex mentally, and she travels 45 minute train rides at night in order to ensure that their love stays everlasting. 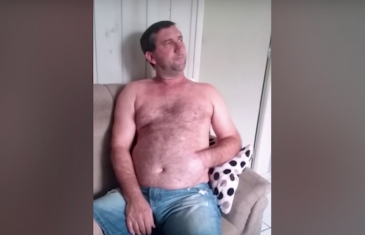 A man whose hand was saved after it was sewed inside his abdomen is now set to have pioneering surgery - the first of its kind in the world - to restore full use to his fingers. Carlos Mariotti from Brazil lost all the skin from his hand and fingers in a horrific workplace accident. However, quick-thinking surgeons decided that rather than amputate, they could salvage the hand by surgically tucking it into a soft-tissue pouch in his belly - where it stayed for 42 days...

No Legs Needed to Win!

An amputee who lost his legs ditched the wheelchair to become a professional skateboarder. When Italo Romano from Brazil lost his legs in a train accident, he thought his life was over. But after discovering a natural talent for skateboarding he hasn’t looked back. Now a professional skater, the 27-year-old travels the world and regularly competes against able-bodied skateboarders, winning medals and acclamation wherever he goes. 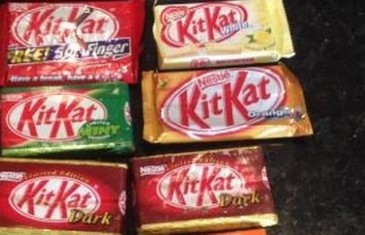 This man has been stashing limited chocolate bars for decades!

Busty German glamour model Martina Big has shocked her fans with a new ‘extreme tan’ that has turned her fair skin to ‘dark crispy brown’ with just three injections. The 28 year old - who claims her size 32S breasts are the biggest in Europe - has had tanning injections to turn her white Caucasian skin a deep shade of mahogany brown. And she has no plans of curbing her tanning addiction – Martina says that she wants even more of the melanin-increasing injections and admits that she is still using a 50-tube sunbed in her home in Trier, Germany.