Discover the world of ShowMax! 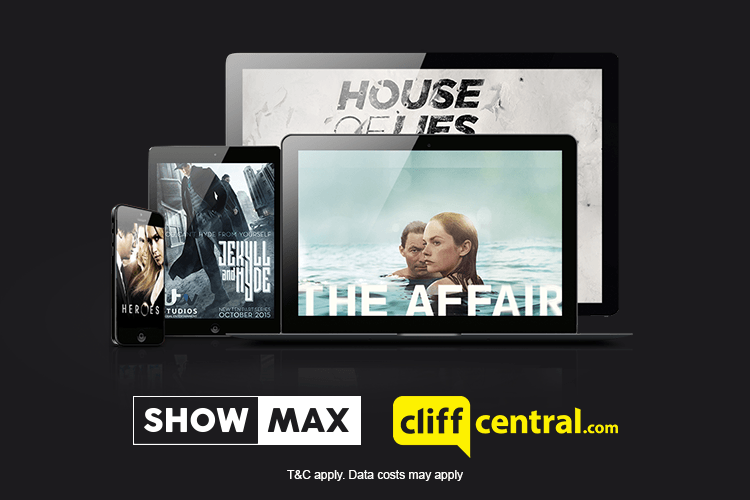 ShowMax brings you the best series & movies. Online. Anytime. Africa’s biggest online collection. Over 20 000 episodes of the best series and movies. Marathon watch whole seasons, back to back. Uninterrupted. All you need is the Internet.

No contracts. No limits.

Watch the best shows on your smart TV, laptop, tablet or smartphone. Whenever is best for you. For R99pm.

Casper de Vries cannot stop doting over how much he loves ShowMax. This time round he gets his extra special guests involved and everyone opens up about their particular ShowMax fetish. It’s incredibly simple and what’s best is that if you want to try it out you can get your free 7-day no obligation trial. Don’t get left behind, join the future of entertainment and watch what you want, when you want, on whatever smart device you want, without any interruptions. For more information listen in or visit ShowMax. 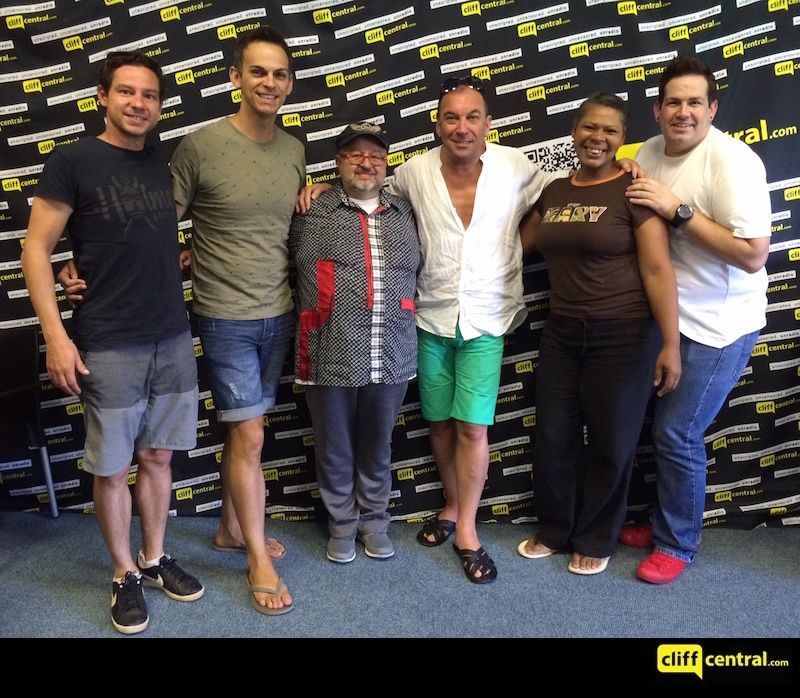 Don’t allow yourself to suffer from a chronic case of FOMO! With ShowMax for just R99 per month, all you need is an internet connection and a smart device and you’re on your way! Gareth Cliff and the team discuss how ShowMax has revolutionised the way they entertain themselves, no adverts, no delays, no waiting for your favourite show to come on. Watch what you want, when you want and how you want! Don’t forget to get your 7-day free trial with no obligation and see how ShowMax can change your viewing habits forever. To find out more listen in or visit – ShowMax. 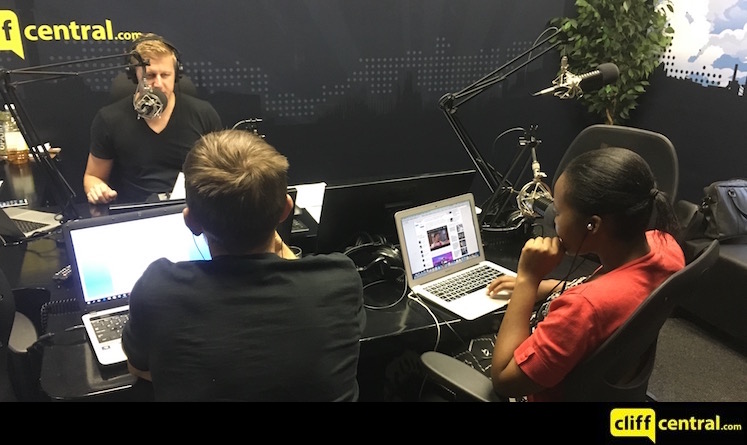 With the endless benefits that ShowMax can bring to your life, it’s no wonder that Casper de Vries and his hilarious team can’t stop talking about it! Giving you and your family the ability to watch on two devices at the same time, ShowMax is sure to bring peace to even the most war-stricken of households. Don’t forget to get your no obligation 7-day free trial, and there’s no pressure because you can cancel at any time!  For more information listen in or visit – ShowMax. 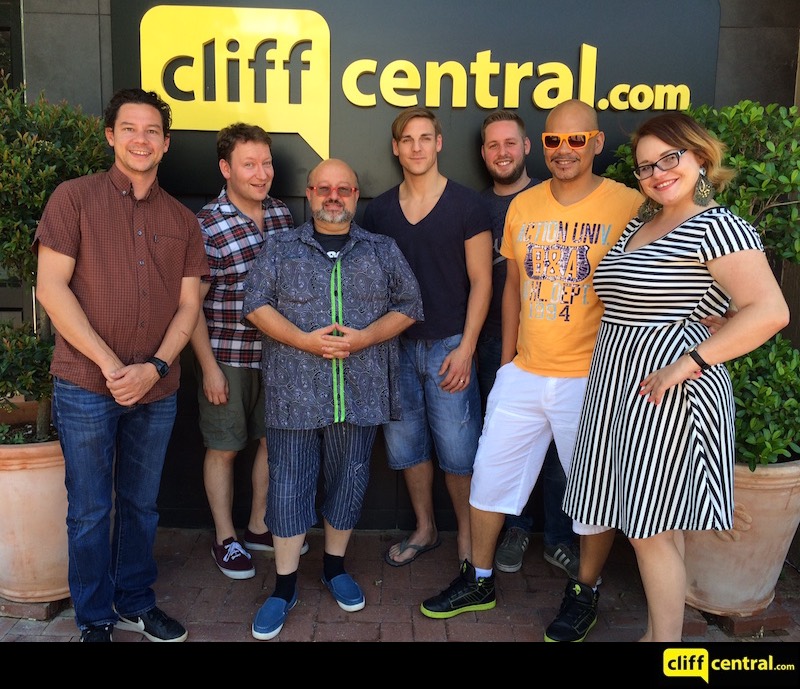 Households across South Africa are finally experiencing peace in the home after decades of sibling and adult vs children fights about what to watch, this is because with ShowMax you can watch on two devices at the same time. Casper de Vries and his hilarious team talk about their ShowMax experiences and why it is the way of the future. Don’t forget to get your 7-day free trial. For more information listen in or visit ShowMax. 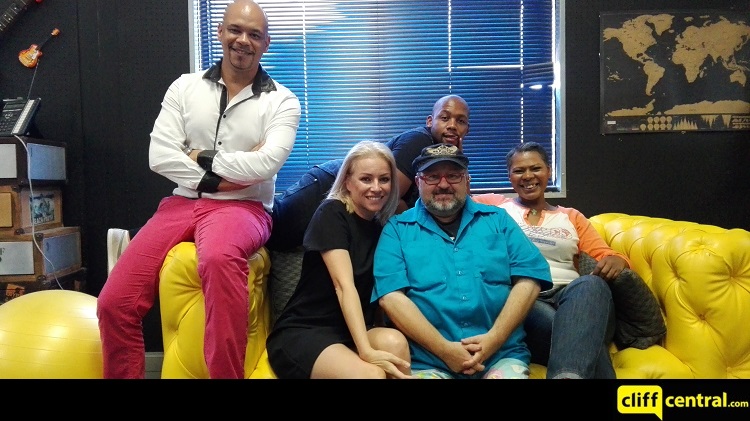 Casper de Vries has just moved to a new place and hasn’t had any wifi for the week, causing him to experience some violent ShowMax withdrawal symptoms. He turns to his crazy team for support, together they talk about what their favourites ShowMax shows are and reassure Casper that once his wifi is back up and running, his ShowMax experience will be greater than ever before. To find out more listen in or visit ShowMax. 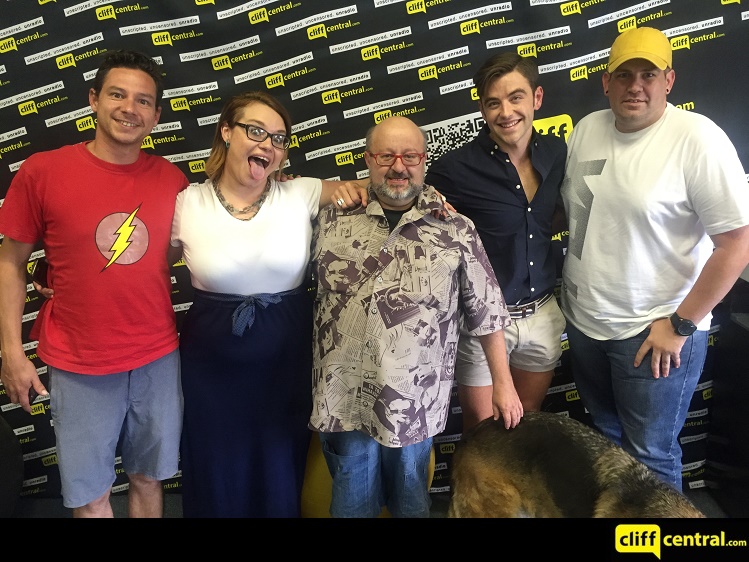 Casper de Vries and his hilarious team discuss the joy that ShowMax can bring into your life. By simply downloading ShowMax onto your smart device, you can enjoy endless hours of quality local and international entertainment. If you’re still not convinced, why not try an 7 day free trial with no obligation at the end. To find out more listen in or visit ShowMax. 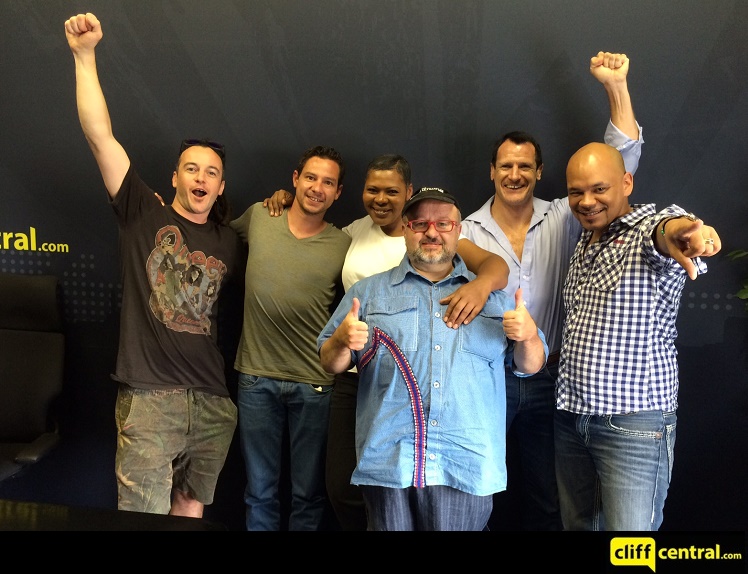 Gareth and the team chat about their favourite series that are now available on ShowMax. From the dysfunction in ‘Shameless’ to catching up on the good ol’ ‘Reign’, they also dish on the shows you should absolutely keep an eye out for on the unlimited streaming service. 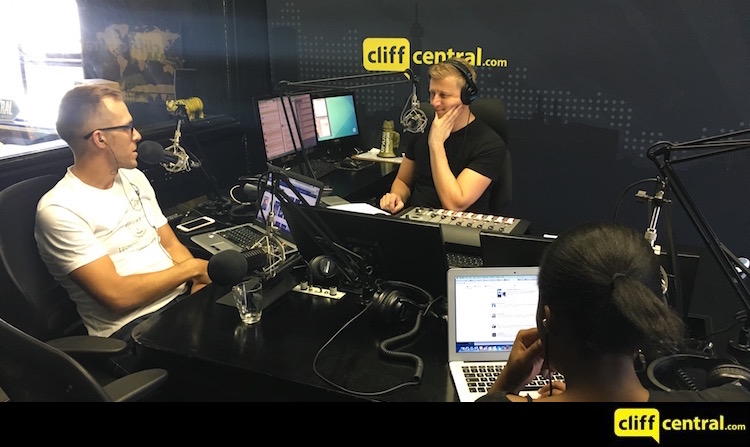 Casper de Vries tells you just a few of the reasons why ShowMax is the way to go if you want on-demand entertainment, at your own time, in your own space. For just R99 per month, you can have access to such hits as ‘The Tree of Life’, ‘I Love You Phillip Morris’, ‘Pan’s Labyrinth’ as well as all the Rocky films you could ever want. Then for the kykNET lovers, don’t think ShowMax has forgotten about you, you will have access to kykNET programming until it comes out of your ears, not a bad deal if you ask us! 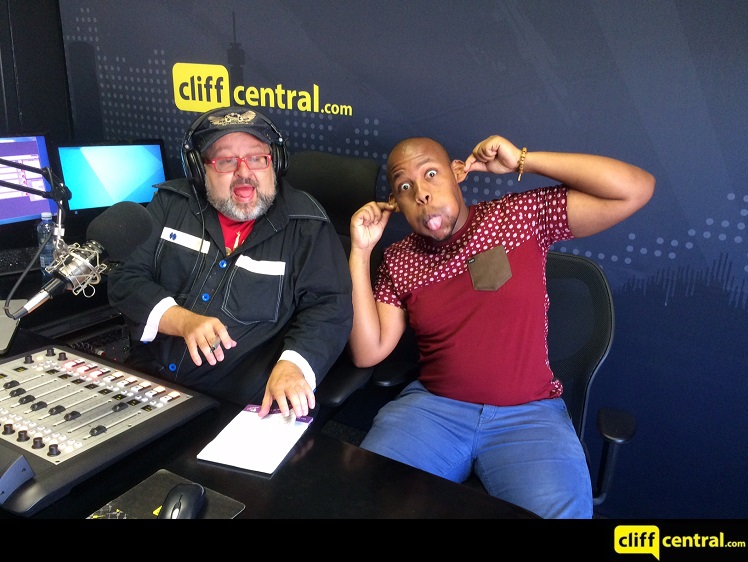 Casper de Vries and the team discuss their latest finds on ShowMax. From documentaries to series, there really is something for everyone. A kykNET oldie, ‘Die Ander Kant’, prompts some nostalgia from Shemane as Casper attempts to re-enact the show with Gavin in his own unique way! To find out more, listen in or ShowMax.

Do you ever suffer from FOMO when your life keeps you away from your favourite shows? Well, not anymore, not up in here, not with ShowMax for just R99 a month! Bringing the best video entertainment to your smart device, ShowMax is the entertainment of the future, bringing you the likes of ‘Kingdom’, ‘The Wire’ and ‘Game of Thrones’ to name but a few. Casper de Vries and his crazy team bring their unique style of comedy and hooliganism to the table as they tell you how ShowMax can truly change your life! To find out more, listen in or visit ShowMax. 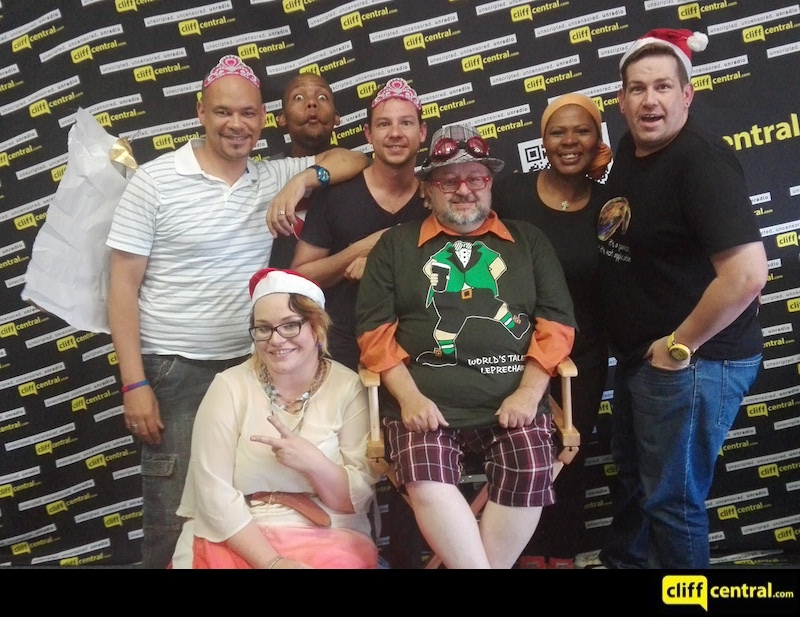 With thousands of hours of entertainment available at your fingertips, ShowMax ensures that your weekends and “duvet days” are taken care off. For just R99 per month you too can revolutionise the way you interact with entertainment forever. Gareth Cliff and the team have more on ShowMax, listen in or visit ShowMax.

Casper de Vries and his crazy team, together with Jeanne van Zyl from ShowMax‘s International Division, cannot stop talking about their ShowMax experiences. Casper, in particular, is very excited about kykNET content being made available internationally for 15 years, including all their new content, for only $899 once off, this is a fantastic bonus for Casper fans who would like to view ‘CasperRasper’. Besides this, ShowMax offers you new content daily, from movies, to series and documentaries, ShowMax is your one-stop shop for all your on-demand entertainment for only R99 per month. For more insight listen in or visit ShowMax. 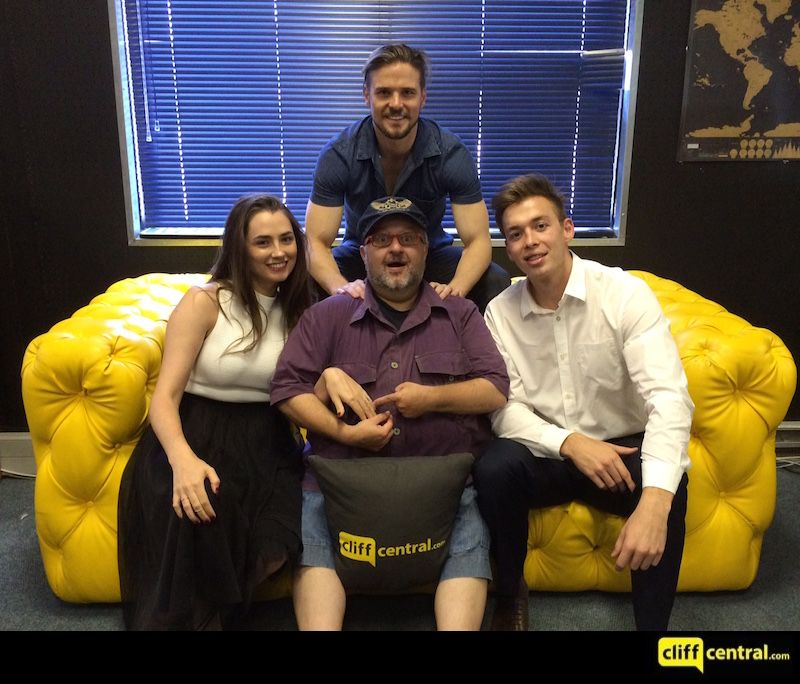 Gareth Cliff has found a new way to consume his favourite series, and with a free seven-day no obligation trial, so can you! With ShowMax, you, just like Gareth, can have access to the complete box-sets of ‘Game of Thrones’, ‘Breaking Bad’, ‘The Wire’ and ‘The Big Bang Theory’. Besides this, the variety of movies, documentaries and other entertainment options that ShowMax provides for just R99 a month, will ensure that you never experience a dull moment this festive season. For more insight listen in or visit ShowMax. 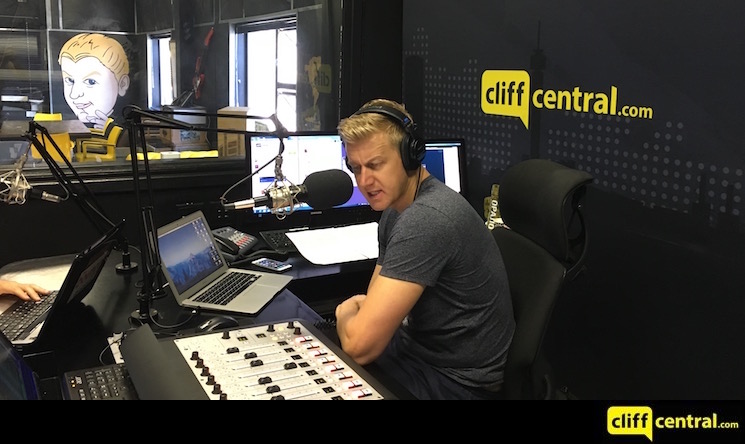 Christmas Day can be a long one, that’s why ShowMax is giving its viewers a few gifts in their stocking. For the Robert De Niro fans – ‘Meet the Parents’ along with Jude Law’s ‘The Holiday’ and the sexy Gerard Butler’s ‘P.s. I Love You’. However, if like Gareth Cliff you can’t get enough Tom Cruise, then ‘Mission Impossible 1,2 & 3’ is what will help you digest your Christmas lunch in style. Then, while you’re doing that, to avoid a million questions about your movie, why not get the kids some ‘Kung Fu Panda’ and ‘The SpongeBob Squarepants Movie’ to ensure your “me” time remains just that. For more insight listen in or visit ShowMax.

With the best of Hollywood, Kids, Mzansi, British, Documentaries, Cooking and Movies for on R99 per month, ShowMax is the way to go if you love entertainment. Gareth Cliff and the team discuss how they have revolutionised their viewing habits with ShowMax and how they enjoy up to 20 000 episodes of series at their fingertips. To find out more listen in or visit ShowMax.

The Gareth Cliff Show – 7 Dec – What You Need To Know

Jekyll and Hyde, Blue Bloods, Happy Endings and Ray Donovan, just a few of the series available to you with a free seven day trial of ShowMax with no obligations at the end. Gareth Cliff and the team talk about how ShowMax can change your viewing habits forever, and for the better! It’s not only all about series, ShowMax also offers you a range of movies to ensure you can avoid your in-laws this festive season. To find out how they can benefit you, you can listen in or click here. 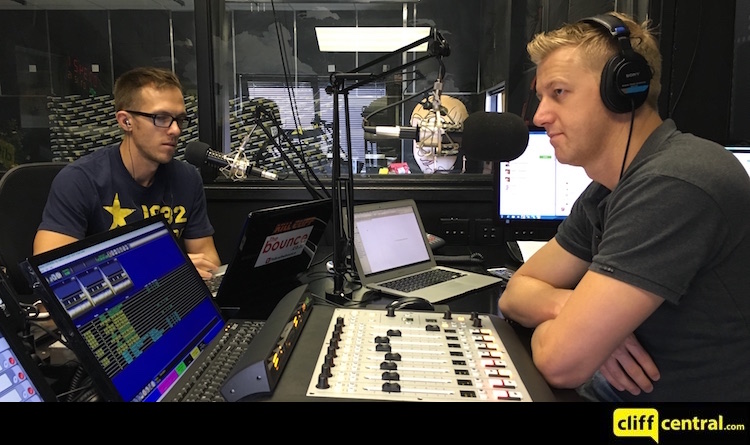 Casper de Vries and his crazy team have found their new favourite way to watch their ultimate series. They talk about ShowMax and how it can revolutionise the way you connect with entertainment. Don’t be told when to watch what you want to watch, with ShowMax you are in control and are able to get what you want, when you want it, and consume it in the manner you see fit. 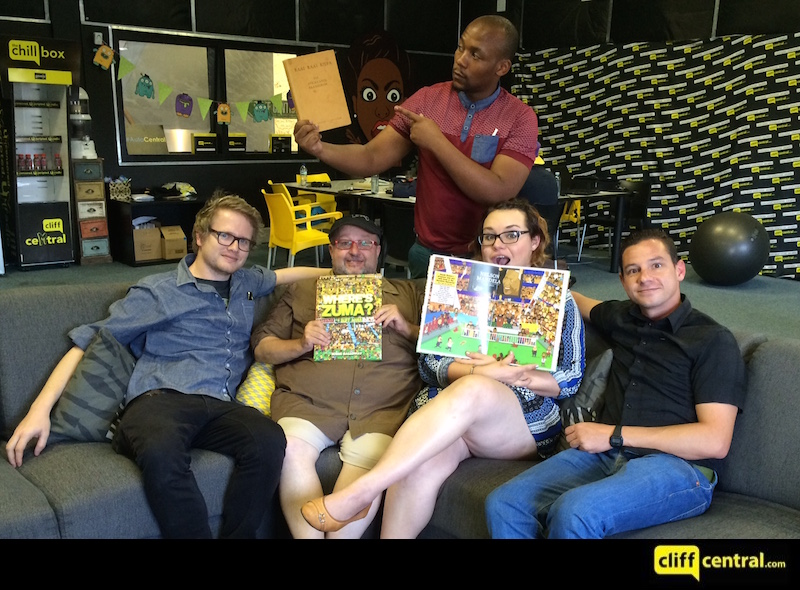 Have you ever wanted to watch the entire season of ‘Breaking Bad’ in your own time, at your own pace? Well, with ShowMax anything is possible! Gareth Cliff and the team discuss what they love most about the show and ShowMax, they invite some callers who also want to have their say on the matter. To find out how ShowMax can change your viewing habits forever, listen in!

Casper de Vries heard about ShowMax on The Gareth Cliff Show, and he tells the team about it. They get into the nitty-gritty of what ShowMax is, what one can do with it, how much it costs and the many benefits of having entertainment on demand. 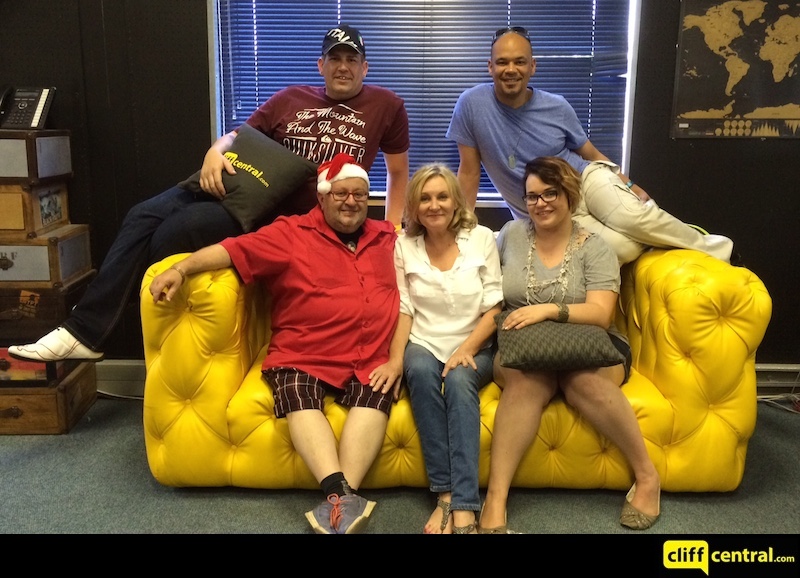 If you took all the series and movies offered on ShowMax, put them into DVD cases and laid them out side-by-side, they would span the length of 149 tennis courts. Or 18 humpback whales. Or 446 statues of Madiba. With ShowMax, they fit in the palm of your hand. Whether you’re on the go with your smartphone or relaxing at home in front of the TV, ShowMax gives you instant access to thousands of hours of local and international series and movies, anytime, anywhere.

Depending on how quickly you type, signing up with ShowMax can take anything from seconds to minutes. Go to ShowMax.com, fill in your details and you’re ready to go!

How does the trial work?

ShowMax are so sure that you’ll love what they have to offer that they’ll let you try it before you buy it! Sign up for ShowMax, input your payment details and you’ll have 7 days to watch as many shows as you like absolutely free! If you’d like to continue your ShowMax subscription at the end of the 7-day trial, you don’t have to do anything. Just continue watching your favourite movies and series and they’ll automatically bill you once your trial week ends. If you’d prefer to cancel, you can do so at any time during the 7-day trial and they won’t bill you.

Do I need my own Internet?

Much like crop circles, or the feeling of falling in love, no one really knows how to describe exactly what The Internet is. What we do know is that to enjoy ShowMax, you need to bring your own Internet. And the more megabytes you bring to the party, the better your streaming experience. ShowMax recommends at least 2mb per second.  Whether you connect through LAN, wi-fi or mobile data, you simply bring the Internet and ShowMax will do the rest.

ShowMax has the best of Hollywood, British, Mzansi and Kids. They have doccies, cooking shows, movies. With 20 000 episodes of series, you’ll never have nothing to watch!