Cast members of the international 'Men In Tutus' join us in studio to discuss how comedy and ballet mesh on stage. Candice van Litsenborgh chats about the mystical musical 'Into The Woods', Natasha Sutherland joins us on the line discussing her unforgettable performance in 'Brutal Legacy', and DJ SilverSKY has us rocking to Plush Party at Taboo. Stage star Kate Normington joins us in studio to discuss the magical musical 'Into The Woods', and 'Puppet Guy' Conrad Koch has us in stitches. Tracey Going (presenter) and director Lesedi Job discuss 'Brutal Legacy', which takes to the stage this week. Radio and TV presenter Kriya Gangiah gets us fit and strong with Bodytec, and Gareth Jordaan (Executive Chef at The Palazzo) makes us fat with gastronomical meals at Medeo. Hysterical comedian Nik Rabinowitz joins us in studio to discuss his new show 'Dry White'. Super pop star Daniel Baron releases his new single 'Speed of Light' for Valentine's Day, and for the love of South Africa we chat about 'The Anthem Project' with Myles Brown. He’s been described as someone who has “eclectic woolly style and sneakers, rocks a moustache and furry ‘fro like no other Afrikaans boytjie we’ve ever seen". But most importantly, Schalk Bezuidenhout is actually one of the brightest minds in comedy, with a wit and sense of humour to match. Gareth discovers more about the Gauteng native, as he describes how he navigates the industry he's in. From dealing with threats on social media, to working with his hero... he's taking it all in his stride as his star keeps rising higher and higher. We open the show with the one and only funny man Mark Lottering, who introduces us to Aunty Merle and her musical. 'Chicago: The Musical' comes to South Africa after touring the world. In studio we have acting superstars Craig Urbani, Samantha Peo and Carmen Pretorius. Finally Dawn Lindberg chats about the new Naledi Theatre Awards... another great show filled with live in-studio music! 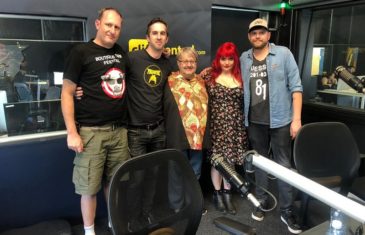 Apocalypse Later join the show to perform some of their music live in studio. Then author AnnMaree Barry talks about her book, 'Jaar van Skandes'. 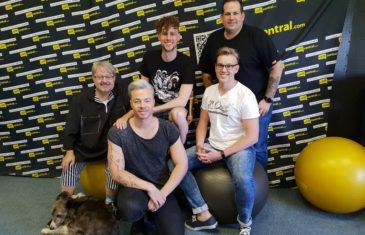 Diaan Daniels and Jurie Hayes discuss Casper's new makeover, and Dusty Ray Bottoms from the 10th season of RuPaul's Drag Race pops in for a chat as the extra special guest.