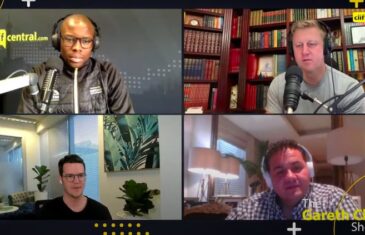 20.10.21 Pt 1 - Alan Ford is back and he gives us an update about his life which includes having Covid, going to rehab, and dealing with hookers outside his bedroom window! The team is later joined by Brett Hope Robertson from Revix, who gives us the latest Bitcoin news and announces a new promotion that they are launching. 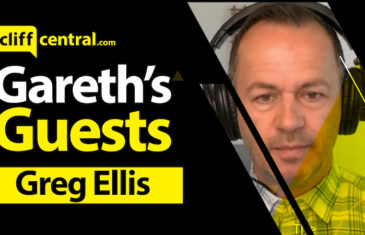 Greg Ellis is a star of the stage, the screen and the digital world. He has sung for the Queen, starred in Pirates of the Caribbean and Titanic, and even voiced some of your favourite video game characters. The reason we wanted to speak to him was to hear his story - the story of a father caught in the expensive, unfair and cruel world of custody law. In this emotional discussion (wait until the end), Greg and Gareth discuss toxic masculinity, the war on competent masculinity, and the forces that are trying to destroy the family. 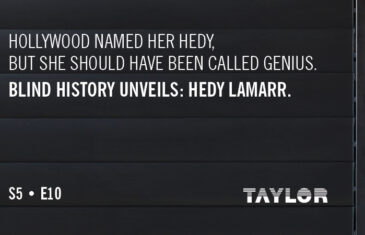 Women in 2021 talk about sexism and not being taken seriously by the scientific, corporate or engineering world. Imagine what that was like during World War Two? Hedy Lamarr was called the most beautiful woman in the world, but in her own words, she wished they’d been more interested in her brain. In fact, you might actually be listening to us via a technology she played a part in developing, right now… 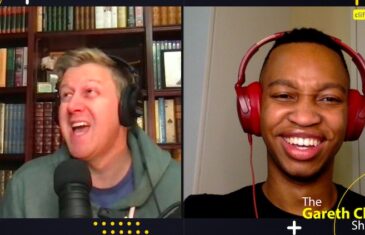 Be a Decent Human

21.05.21 Pt 1 - Gareth and Siya seem to agree that if you are going to break up with someone, you should be courteous enough to do it in person. They then ramble on about the latest headlines, an x-rated version of the classic Basic Instinct movie, and the Friends reunion clip.

So What Now?, Video

Where is the entertainment industry headed and what does take to get your name in lights? Jeff Witjas has worked with some of Hollywood's brightest stars, the likes of Betty White to Kobe Bryant, and he joins Gareth Cliff for a chat.

Timothy Maurice brings you a powerful conversation that is simply meant to inspire you. Nomzamo Mbatha is a star in the upcoming Hollywood blockbuster, ‘Coming 2 America’ and in this conversation - five years before her big moment - she shares her story, what motivates her, and how she pursues her highest level. There are tearjerk moments, and moments where she simply opens up about going nude, her spiritual life, and what she wants to be known for... the conversation is gripping. You’ll be moved to re-dedicate yourself to your craft and discover how your personal brand can inspire others. 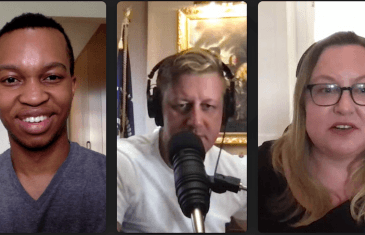 11.12.20 Pt 1 - Is it good for us to filter everything our children consume, or should they just learn about everything as the world throws it at them? Frugality: we all know someone who takes it to an extreme. What's it like for an aged celebrity being told by youngsters that their parents are fans? And: is Hollywood dead? 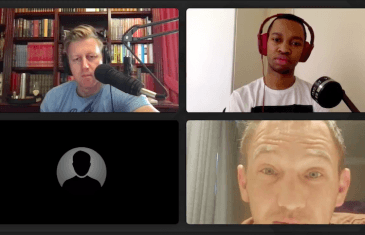 The killer and Hollywood stars 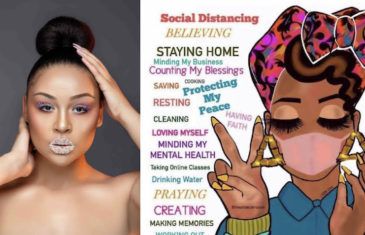 All the World’s a Stage

Timothy Maurice interviews actress Angela Sithole and leadership consultant Raquel Brown from Hollywood, California about how to take on this new stage the world has presented us by owning whatever role you decide to play. It's all about the art of choosing and accepting a role in your personal and professional life.

Don’t plan a murder while on acid

04.03.20 Pt 2 - Gareth cut his finger while trying to be Gordon Ramsay. When a fat white guy is twerking, should we shame or encourage him? A drunk hand job can tear your foreskin and also kill you in your sleep. Brad Pitt looks great in Once Upon a Time in Hollywood, the movie is not bad either. Is there a length of movie that’s just too long? The best advice you’ll ever get is that you shouldn’t plan a murder while taking acid. The Consul General of the People's Republic of China, Mr Tang updates us about the situation with coronavirus in China.