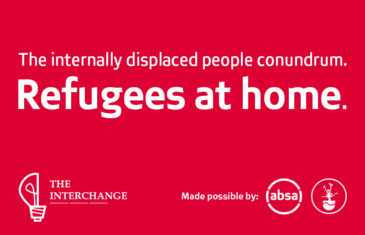 Millions of people around the world have been forced to flee their homes, but have remained within the borders of their country of origin. These internally displaced people - or IDPs - are often referred to as refugees by virtue of being displaced, yet they are not legally considered to be refugees. Scores of IDPs are stuck in this inhumane predicament with little to no aid. Is their struggle less important than refugees who are in foreign countries? And how do we intervene to curb the growing number of IPDs in South Africa? The Interchange is made possible by Absa and Tshimong.