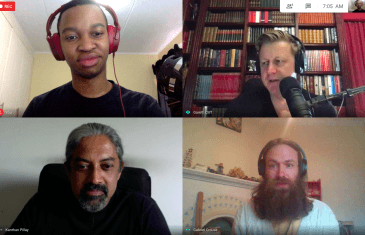 How is it that after all these years, the Eastern Bloc is still such a mess? Is the mainstream media in South Africa caught in a struggle envy trap? Are the ideological struggles of 2020 less meaningful than the war-ridden struggles of the 20th century? Has South Africa wasted 30 years? How and why in 2020 does Port Elizabeth have no clean drinking water? With George Bizos' passing, perhaps this is a moment to consider how far we've come since The Rivonia Trials as a nation. Have we done justice to those who died and served time for the civil liberty of a nation? Brought to you by Nando’s.

10.09.20 Pt 2 - The beards of Jesus and Abraham are very similar, what description would one use in 2020 to describe a fine mane? It turns out gangsters are better at dealing with the government than ordinary citizens. Which of the American Ivy League Colleges is the most left leaning?